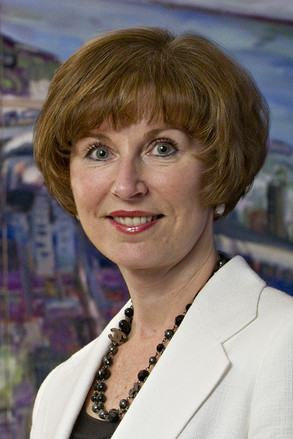 Kathleen Taylor took over one of the best-known luxury hotel brands in the world when she ascended to chief executive of Four Seasons Hotels & Resorts in 2010. She also succeeded a legend.
When Four Seasons founder Isadore Sharp retired to the chairman role, Ms. Taylor inherited the challenges of maintaining Four Seasons’ customer service while keeping a lid on costs.
Founded by Mr. Sharp in 1960, Toronto-based Four Seasons now operates 86 hotels, with another 50 in the planning and development stages. Ms. Taylor had been groomed to succeed Mr. Sharp as CEO since she was named co-president of Four Seasons in 2000.
Ms. Taylor sat down with The Wall Street Journal at the annual hotel conference hosted by New York University this week in Midtown Manhattan.
WSJ: What are your challenges and goals in the coming years?
Ms. Taylor: There’s no question that given where we are in our growth trajectory, the vast majority of our new projects are coming outside of North America. Our opportunity, if you will, is to really cement the Four Seasons brand in the minds of travelers in all of these international locations in a way that makes sure that they identify the brand with service in their own location.
WSJ: Prior to and during the recession, Four Seasons got into some tiffs with various owners of its hotels about cutting costs. But, in the grand scheme, the brand worked with most of its owners to find ways to reduce expenses. Now that occupancy has recovered, how are you balancing reintroducing some of those costs but resisting other increases that owners consider unnecessary?
Ms. Taylor: We’re very aligned with our owners on the kinds of things that need to be pushed and pulled as the business starts to come back. The product is mostly delivered by people. So, as demand has gone up, so have some of the headcounts. But I think we’re doing it in a very thoughtful way, learning the lessons from the downturn, taking advantage of new technology, looking at the opportunity for shared services either between departments or between hotels.
WSJ: Years ago, the hot new amenity in luxury hotels was spas. Now, everyone has one. What new amenities do you see spreading in the industry?
Ms. Taylor: Technology is one of the leading edge issues for consumers in all segments. It’s less an amenity and more like hot water, in the sense that everyone is expected to have it.
WSJ: I’ve been to some Four Seasons where there was an extra charge for an Internet connection. Why not include it in the rate and deem it complimentary?
Ms. Taylor: It depends on the market. We have a number of hotels that offer it free. The vast majority of hotels where it is not free are doing two-tiered level of access: a lower charge for basic email service and a slightly higher charge for streaming, downloading, TV-watching and movies and music. Not everyone uses streaming. So it really depends on what the customer needs. Tailoring the amount you deliver to them based on the amount they use.
WSJ: Investors are watching for certain big hotel companies that went private during the boom to return to the public markets. Do you hear anything from Four Seasons’ owners, Bill Gates’s Cascade Investment and Saudi Prince Alwaleed bin Talal’s Kingdom Hotels, about an eventual IPO and how to prepare?
Ms. Taylor: I hear the same things about the other brands, but that’s not something that our owners are talking about at the moment, at least not as far as I know.
WSJ: Does the company’s going private or doing an IPO influence your customers?
Ms. Taylor: Very little. There’s a stronger link, as a result of the ‘great recession,’ between the consumer awareness and the industry trends. … But I don’t think private versus public is one of the issues that will drive consumers one way or the other.
This interview has been edited for clarity and length.
Posted by Unknown at 12:37 PM